My vision of Denmark before Copenhagen Fashion Week consisted of a high-school friend Helene and her family; Hans Christian Andersen as the wickedest fairytale-teller and his poor Little Mermaid as the most oft-decapitated statue in the world; Carlsberg & Tuborg, the identical beer twins. Oh, and that time barefoot Emmelie de Forest stole the 2013 Eurovision crown from my personal fave Farid (Hold Me) Mammadov. Not much, face-palm. Now, thanks to post-paris curiosity and fashion’s ambassadorial role, a finer picture begins to emerge. Browsing the fall-winter 2015 collections, I had conflicting emotional responses. On one hand, there is the Danish Fashion Ethical Charter and all the glorious Scandinavian minimalism one could handle. On the other, Kopenhagen Fur is the world’s largest supplier of furs for the fashion industry which “at peak demand is able to pack and sort 150,000 furs in one day” #HorrorCouture #ArchNemesis and certainly way too many Danish designers take advantage of such strategic convenience. A round-up of non-fur eye-catchers:

Charlotte Eskildsen’s label Designers Remix might be blandly branded but it offers notably delightful clothes. The tailoring, the styling, the color blocking can be summed up as reasonably quirky. Or as the official page puts it: “characteristic designs for sophisticated and positive women who dare to be different.” My trend-gut reaction was… Does Taylor Swift know about this?! Someone should tell Taylor! This has Swiftie Power written all over it. 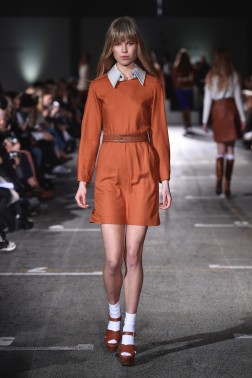 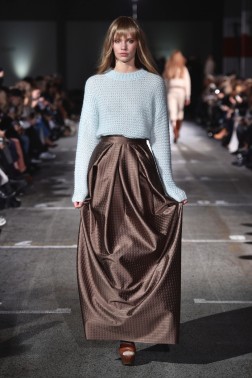 Hot on Eskildsen’s mass-market heels, Ganni offers up “not necessarily iconic classics, but true favorites that make a girl feel good about herself.” A refreshingly adequate modesty even if it triggers an immediate Inditex alert for indiscriminate approach to creativity. The collection is an assortment of hanger-ready safe ‘n sound items. Hey, any-thing that impedes the Zara-isation of one’s wardrobe is a welcome diversification effort. 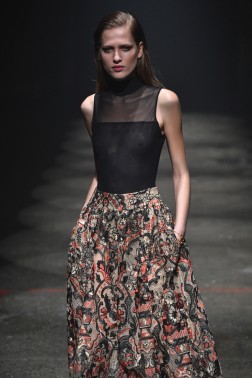 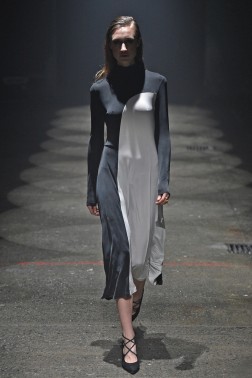 On the upscale upswing of things, the Copenhagen-based Norwegian designer Veronica B. Vallenes creates these laconic architectural statements, kinda like Nordic fashion haikus, that stand their minimalist ground. She calls is “a signature expression situated somewhere between classic Nordic simplicity and glossy Parisian elegance.” I’d call it plain-nice, in a (very) good way.

At last, but not least… We cannot in-and-out of Copenhagen without most honorably mentioning Henrik Vibskov! Not just for his brilliance and utmost wishlist-able-ness, but as an example of a post-paris conundrum. The fashion week page lists him as “currently the only Scandinavian designer on the official show schedule of the Paris Men’s Fashion Week, which he has been since January 2003.” True: had it not been for that distinction, chances are that someone like me, nevermind my good intentions at self-educating, risked not having known the wonders of Vibskov prints, cuts, ideas… False: to continue to hold “Paris” as conceptual measure of success reducing the creative output of an entire region to a single designer representation…

Just in time, Brandts Museum in Odense stages its Danish Fashion Now retrospective highlighting the work of country’s diverse talent pool. FYI, the yours-truly-reviewed Baum und Pferdgarten are part of the exhibition, on display through September! Now, does Ryanair fly there? Can’t make it to Odense? Check-out my current reviews of Nicholas Nybro, Han Kjøbenhavn, Jean//Phillip, HENRIKSILVIUS and Barbara i Gongini. 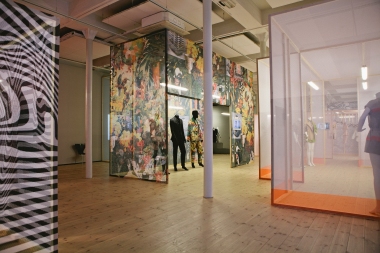 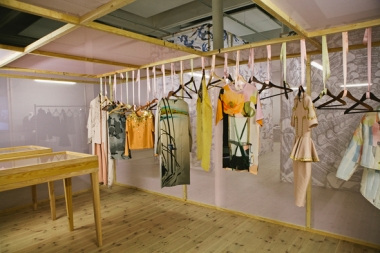 P.S.  For those interested in the DIS/COMFORT OF POWER discourse, here is a Danish take on such masculinity (SAND). 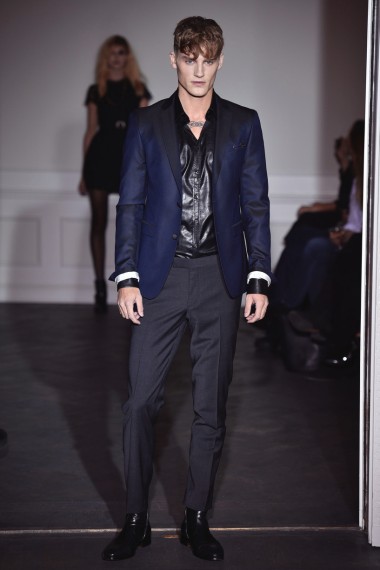 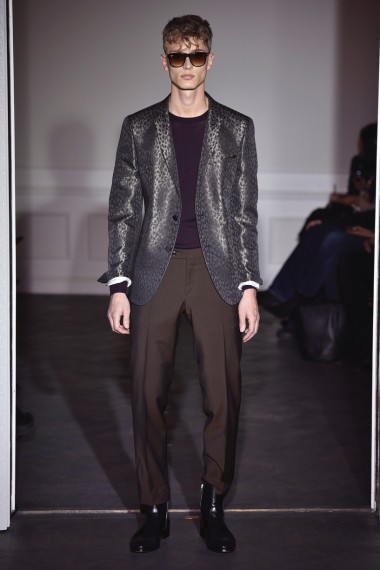