Part of pre-election fear mongering in the US targeted trans people. In response, activists have unfurled support banners at a major baseball game and the steps of the Lincoln Memorial. I want to point out a quieter seismic shift in trans-forward fashion discourse. Underwear! Recently, several undie brands made theirstory. Surge released a trans-inclusive ad and fitness model Jesse Diamond became the first trans man to feature in an Andrew Christian campaign. Here is an excerpt from the underwear module of my Style Iconography course at the Academy of Art University: “Most ancient peoples wore protective loincloths. Due to direct contact with the skin, in some cultures, undergarments became associated with spiritual practices and religious traditions. “Delicates,” “intimates,” and “unmentionables” are also among the terms used in reference to underwear. Where there is the sacred, there is likely to be something profane; and it’s only a matter of time before fashion appears as an intermediary.” It is exciting to see fashion brands align with progressive, holistic view of gender identity and expression. Politicians, your turn! 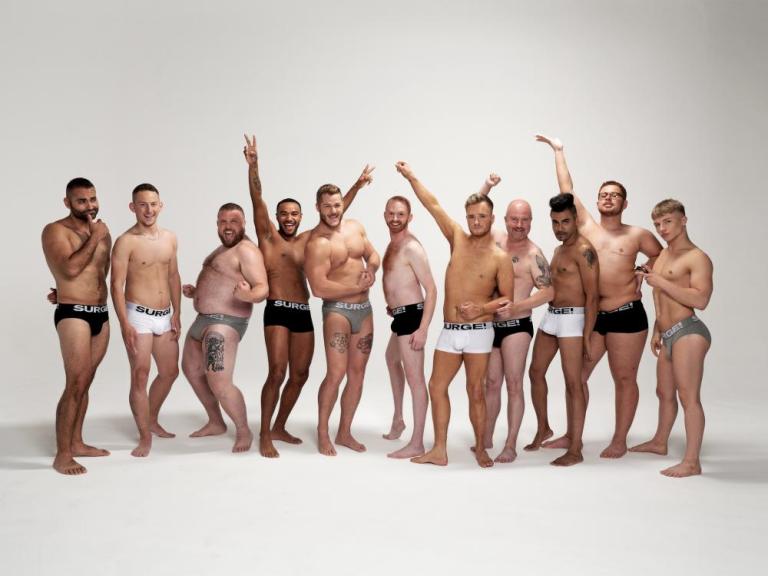 A semi-metaphorical headline… Leonardo DiCaprio has partnered with legendary primatologist Jane Goodall on a capsule collection as a fundraiser for their joint ape habitat conversation efforts. Don’t Let Them Disappear. The T-shirts and hoodies are available online-only through November 16. I hope Leo’s 27 million followers (and Jane’s cool half-mil) on Instagram would turn UP for this eco-conscious campaign! AND, if you thought scientists were style nerds, you better brush up on Jane Goodall’s it-wardrobe.

Back to the Future: Czechoslovak Fashion Week

I am a big fan of de-polarization of the fashion industry. The future is post-Paris! That’s why I am thrilled by the launch of Czechoslovak Fashion Week in Ostrava next spring. This platform suggests a counter-intuitive shift in Eastern European geopolitics. Since an independence wave of the early 1990’s, most countries in the region fiercely focused on cultural differentiation. The announced “Without Borders” theme marks a new approach to powering a local arts scene, post-globalization. Under creative stewardship of Jiri Kalfar, this is one fashion week I would not miss. See y’all there, March 15-19, 2019!

A robe dating back to the mid-1700 and attributed to Qianlong Emperor of China has fetched over half a million euros at an auction on November 8, tripling early estimates. This does reflect both growing popularity of style items as museum exhibition subjects as well as rising appreciation for fashion as a historical artform. I do have a problem with the narrative of British brigadier-generals “acquiring” imperial things during their early 20th century tours of duty in the East as Bonham’s lot footnotes detail… This had also reminded me of Napoleon’s hat allegedly “dropped” during the battle at Waterloo which sold for $400,000 this summer. Are the emperors’ old clothes the new next black?!

I’ve written about the intersection of fashion and football/soccer and I’ve written about racism and Halloween. So, I was all over this story. Bayern Munich player Rafinha dressed as an “Arab Bomber” to the team’s costume party. Not only did no one think to advise the Brazilian right-back against it, the team management tweeted the image from its official account. Cue, blowback. In addition to being just wrong, this comes at an embarrassing time as FIFA begins to pivot its PR efforts towards the controversial World Cup 2022 in Qatar (!) The incident illustrates deeper undercurrents of unchecked institutional racism in European club football as evidenced by last week’s admission of racial profiling in recruitment practices of Paris St-Germain, a premier French team owned by … Qatar Sports Investments. Football as the most “democratic” global sport has a lot to process in the coming years!

Y’all really responded to the Fragmentario piece last week. Major developments in textile news are rocking the far-outer edges of the fashion attention span. Switzerland has just outsourced its last production from St. Gallen, a town synonymous with textile manufacturing and embroidery in Mitteleuropa since the Middle Ages. Honduras has secured $1 billion in investments towards it 2020 development plan for the textile industry. My students at the Academy also are keeping an eye on textile heritage and trends… How about cannabis-infused fabric?! Meanwhile, Mizzen+Main, the Texas-based purveyors of “the best damn dress shirt”, have just released a mic drop of an ad titled Textile Dysfunction. Take that Pharma Bros!