And… we are back from midsummer hiatus. I’m often asked why fashion is important? What do I see beyond clothes, prints, buttons, bells ‘n whistles? Fashion can highlight complex geopolitical changes (the Fashion Capitals exhibition), challenge economic practices (Mayday: Slow Down Fashion), serve as platform for inter-cultural exchange (see the work of Kamila Kurbani and Neha Agarwal), re-contextualize historical legacies (Dis/Comfort of Power) and so much more! I hereby suggest we follow what I’d call “REVERSE INSPIRATION” to learn more about something that directly inspired pieces or collections of your favorite designers.

For example, David C. Wigley summer 2015 collection (reviewed: To Bee or Not to Bee) was inspired by the plight of bees as an increasingly endangered species. I had to look into it since my site was launched off the shoulders of a delicious beekeeper jacket 🙂 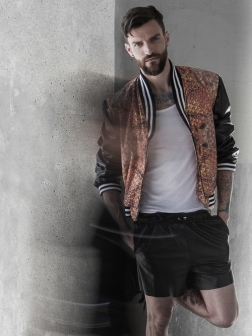 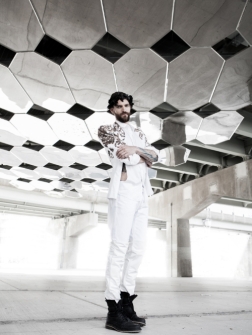 Here is a fascinating TED Talk by photographer Anand Varma with stunning never-before-seen imagery chronicling birth of a bee! He also sheds light on some of the environmental and human threats to the easy-breezy-lifebuzz of these creatures.

One of Facebook comments on the original review mentioned an age-old British tradition of “telling the bees” whereby hives are informed of the death of any loved one in a community… so that bees may guard the spirit on its passage into the Ether. Thus, fate of humanity has long been associated with our rapport with bees. It was great to encounter this poignant tradition through various artworks: 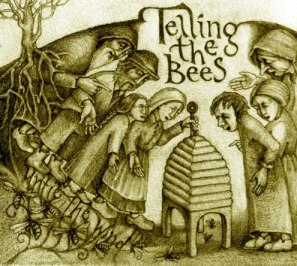 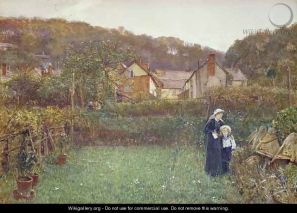 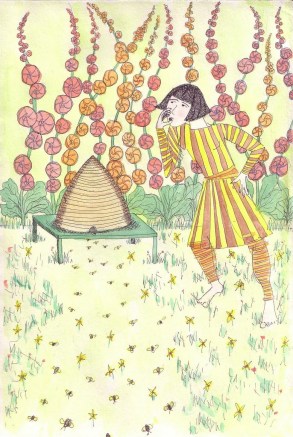 There is also an eponymous 1859 rhyme by John Greenleaf Whitter which occupies an honorable place within English poetic heritage, but here I am just going to link to a commemorative essay in the Guardian. Because… it was a different poem that really moved me. Carol Frost relates a story of loss and faith and nature’s rhythms with an emotional precision of an ultimate sting… #Whoa

Will we tell the bees or bees tell us it’s no sadder – another fall, whoever’s fall it is?

It’ as if they felt for us: the sting, the swarming in the mind,

the sugar tear to probe for, or a mood to dance on air. If there were overblown roses

and a child spilled root beer, the bees would seem to know the difference, flying

but not care, evening too swift, autumnal. I say only listen to the hum behind the trees

where the white bee boxes burn in evening. Drink in the air. There’s more moving

than can be stopped. It’s all right to cry, I tell myself.

But it isn’t sadder than it was before.

Last & least… I even watched Jerry Seinfeld’sThe Bee Movie about a boy bee who sues humans for honey profits while falling in love with a Manhattanite housewife!

I found the movie just boring while its critique by J.Halberstam in their spectacular book The Queer Art of Failure (Duke University Press, 2011) is spot-on!  “The film forcefully and deliberately replaces the queerly gendered nature of the hive with a masculinist plot about macho pollinators, dogged male workers, and domestic female home keepers [despite the fact that only 0.5% (PostParis note: zero point five; half a percent!) of the hive is male!]! As Natalie Angier points out in the science section of the New York Times: “Isn’t it bad enough that in Hollywood’s animated family fare about rats, clownfish, penguins, lions, hyenas and others, the overwhelming majority of characters are male, despite nature’s preferred sex ration of roughly 50-50? Must even the obligately female creatures like worker bees and ants be given sex change surgeries?” By the way. Queer or not, if you honor your brain, you absolutely should treat it to the delightful challenge of reading Queer Art of Failure! #MustHave 😉

3 thoughts on “Go Beyond Fashion: WHAT THE BEES TOLD”