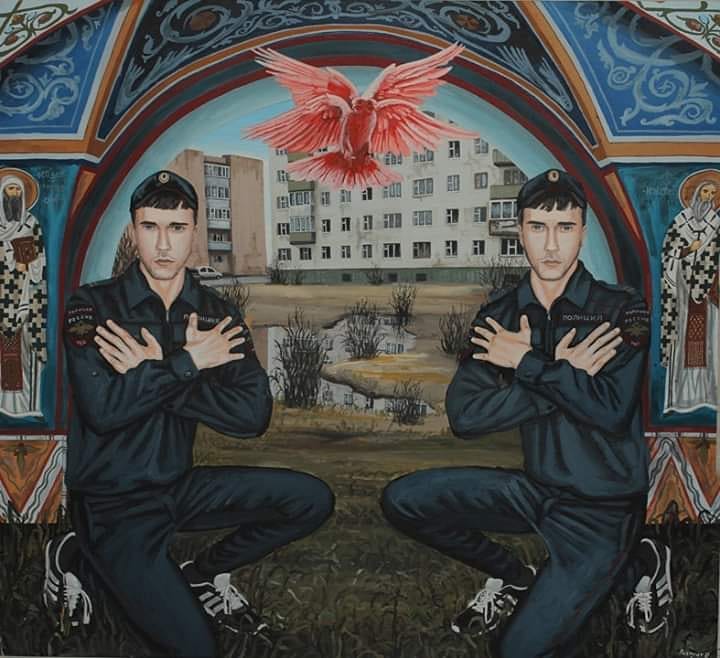 I got to see his exhibition “I Like You” at the Gogol Center in Moscow in November. Run by another Rostov-born cultural daredevil Kirill Serebrennikov, it is “the city inside a theater, the theater inside a city, the territory of freedom”. The works seemed out-of-place in the busy lobby, but then again… where would YOU hang these?! The paintings ooze existential bewilderment. What’s Islamophobic about homo-eroticism? Is domestic violence an Orthodox Christian rite? Could I be buried in an Adidas-branded casket? Wait, what?!! Rachuiko delivers stupefaction. “With his arrogant claim to high art, his incredible impudence in equating the ‘base’ with the ‘eternal’, this phony artist can’t fail to contaminate us with his intensity.” And that is a curatorial note! On social media, he  often shares best-of comments from viewers who “just can’t” with his triggering art.

Here are some texture(s) and my homage to Serebrennikov outside Gogol Center.

You can learn about Pasmur’s “gastronomic downshifting” and his projects online.